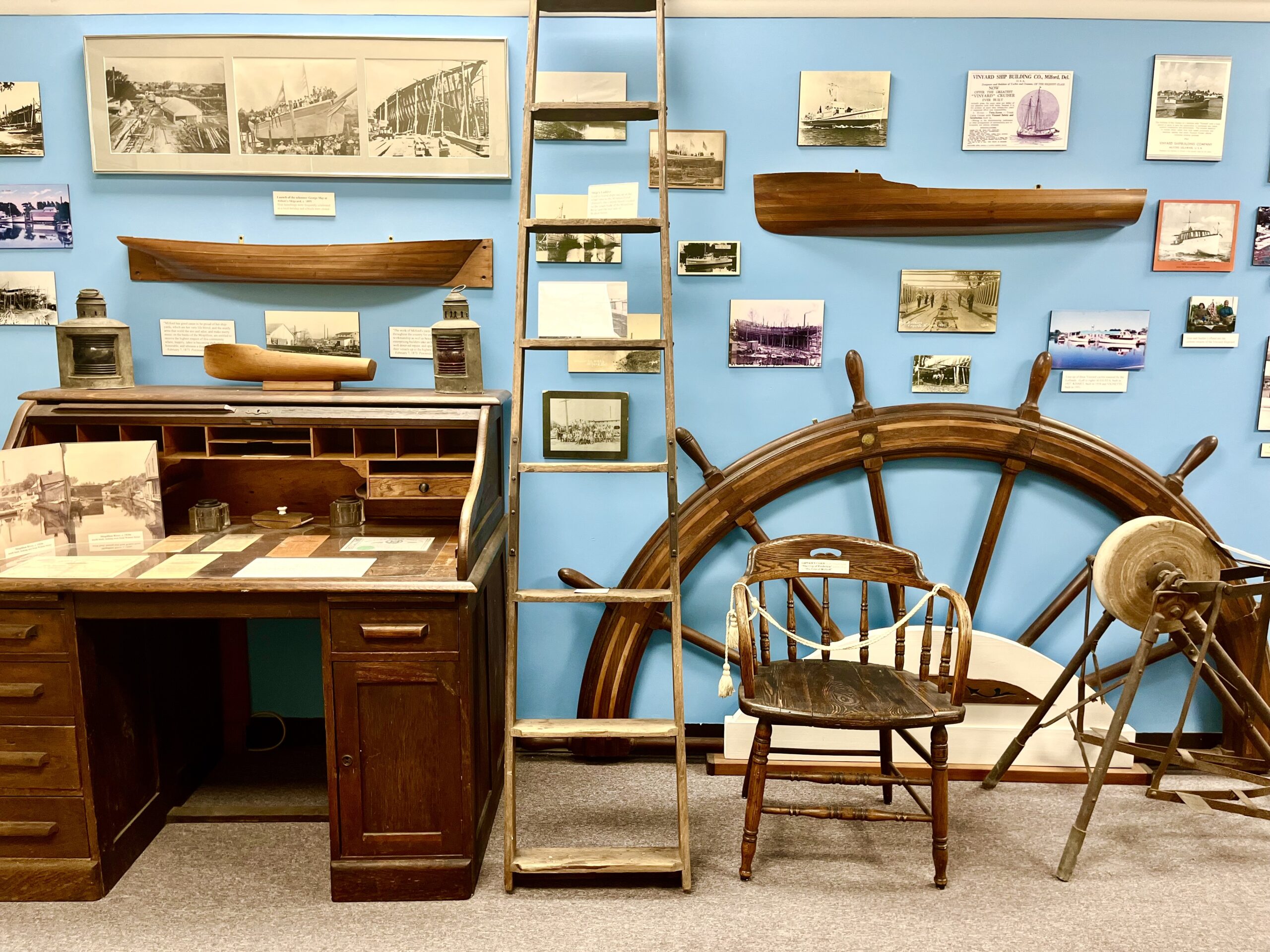 Believe it or not, shipbuilding was one of the largest industries in Milford. Shipbuilding began in Milford proper about 1782 when John Draper established a two-acre shipyard. John and his son, Alexander Draper, built about 22 ships between 1780 and 1809.

The abundance of white oak made Milford the prime shipbuilding hub in Southern Delaware, as the wood from the trees was the prime building material for ships in the 1700s. Skilled carpenters transformed these materials into gorgeous crafts of various sizes, making the Mispillion River a hub of maritime life.

This shipbuilding industry gave rise to South Milford. At one time there were seven yards in operation along the Mispillion River, which employed three quarters of the town’s population.

In the late 1800s, however, the method of transport was rapidly changing across the country. Of the seven shipyards, only one survived the transition from wood to steam. By 1930 the only shipyard still in operation was the Vinyard shipyard, built by Wilson Marvel Vinyard. During World War I, the Vinyard shipyard received government contracts to build three sub-chasers. They also built harbor tugs and Coast Guard patrol boats after the first World War.

During World War II, Vinyard built fourteen 110 foot sub-chasers and twelve navy patrol boats. Pleasure yachts built from 1927 to 1957 were the last and current focus of this yard which is now Milford&#39;s last remaining shipyard. Privately owned, the Vinyard Shipyard has been restored and remains functional to this day.