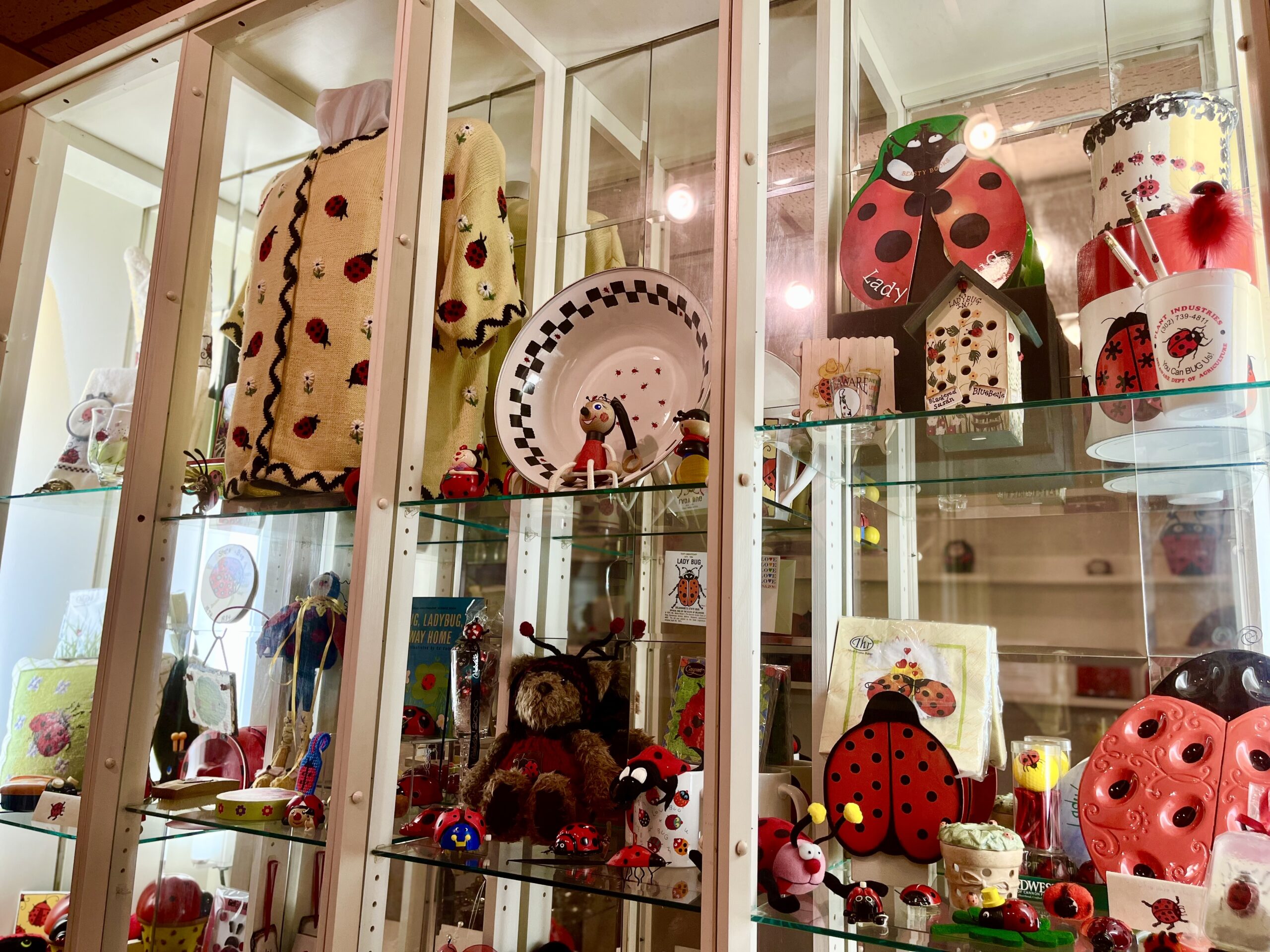 Did you know that the ladybug is Delaware’s state bug? This idea was conceived and developed by the 2nd grade class of Mollie Brown-Rust at Lulu M. Ross Elementary School in Milford, Delaware. One day, this class realized that Maryland had a state bug, but Delaware didn’t. The class decided it was high time that the State of Delaware picked one! They brainstormed together and eventually had to narrow down between three different insects; a cricket, a mosquito, or a ladybug. Thankfully, the ladybug won!

For nearly a year, the class worked together with members of the Delaware Legislature to introduce a bill to make the Ladybug Delaware&#39;s state bug. Their goal was reached on April 25, 1974 when the State House of Representatives unanimously approved Bill #667 following presentations by members of the class.

In 2011, Mollie and her husband decided to move to Florida. She generously donated her collection of over one hundred ladybug related items to the Museum. These colorful bugs are now hosted in the exhibit called “The Ladybug Room,” a fan favorite at the Milford Museum.